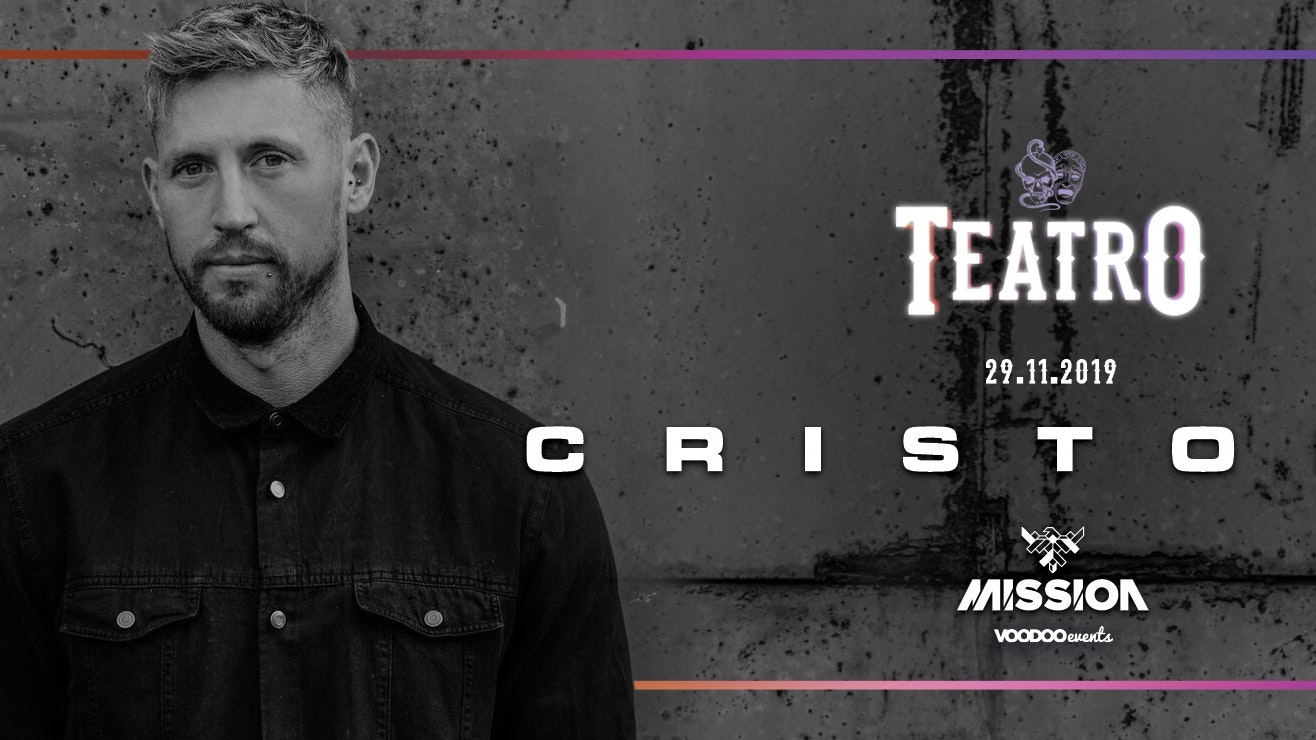 There’s a new titan in the world of progressive house, and his name is CRISTOPH.

In 2016, Cristoph achieved his biggest breakthrough yet, joining Hot Since 82’s white-hot Knee Deep in Sound imprint and becoming the inaugural artist to launch the label’s coveted ‘8-track’ album series. The concept album thrust Cristoph into the international spotlight, with anthemic vocal tracks like “Alone” and “Closer” enrapturing dancefloors around the world. It wasn’t long until he caught the attention of another longtime hero, Eric Prydz. Cristoph would go on to open for the Swedish legend at EPIC 5.0, even becoming a recurring staple at Prydz’s inaugural Hï Ibiza residency.

Now part of the Pryda family there is no bounds to what he can achieve and we are extremely excited to have him at TEATRO LEEDS!

Voodoo Present Teatro at the fully refurbished Club Mission! Each & every Friday we turn up the heat with world-class DJ’s accompanied by out of this world entertainment and mind-blowing production!

Expect the bizarre, bonkers and damn right freakiest entertainment as we bring a little bit of theatre fused with a soundtrack at the forefront of worldwide partying to Leeds busiest and best nightclub.

■ Bunker – The best in all things old school RnB & Hip-Hop!