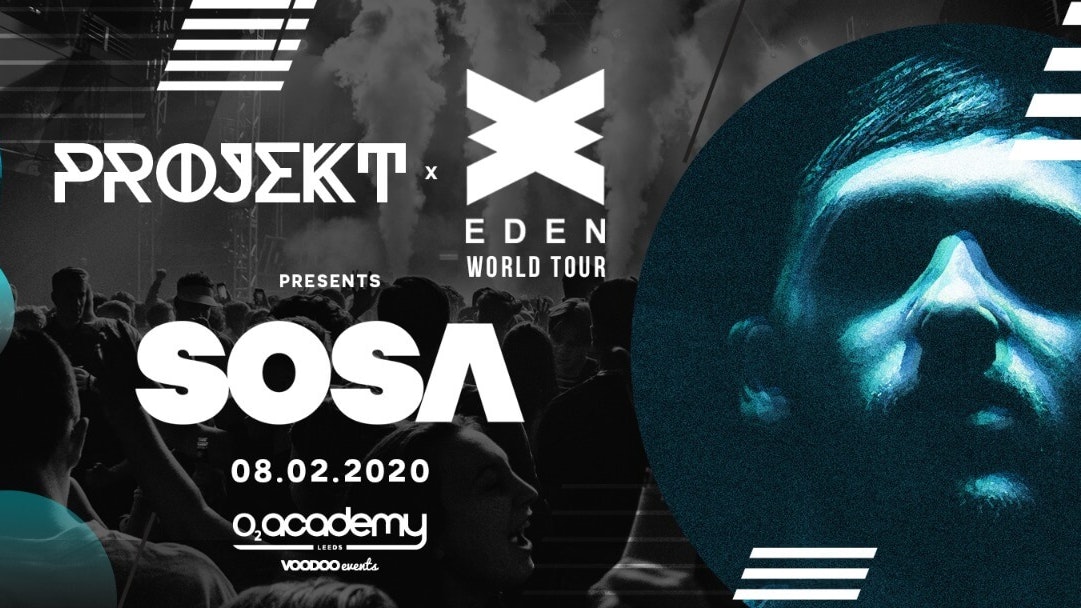 After a huge summer campaign for Eden Ibiza with the likes of Defected and Toolrooms taking up weekly residencies and names such as Riva Starr, Sam Divine, Gorgon City, Mark Knight, Eli Brown and many more, all playing a part in an unforgettable summer – Eden Ibiza are back at PROJEKT with a bang as we present one of the rising stars of house music, SOSA!

This year, one of the hottest DJ’s on the scene right now, SOSA brings his heavy hitting style & one of the hottest tracks of 2019 ‘DFCW’ to the Norths leading Saturday night. After filling dancefloors all over the white isle of Ibiza in the summer and earning plaudits all over the UK festival circuit, SOSA promises to raise the roof off the O2 Academy Leeds as he kicks off a huge 2020!