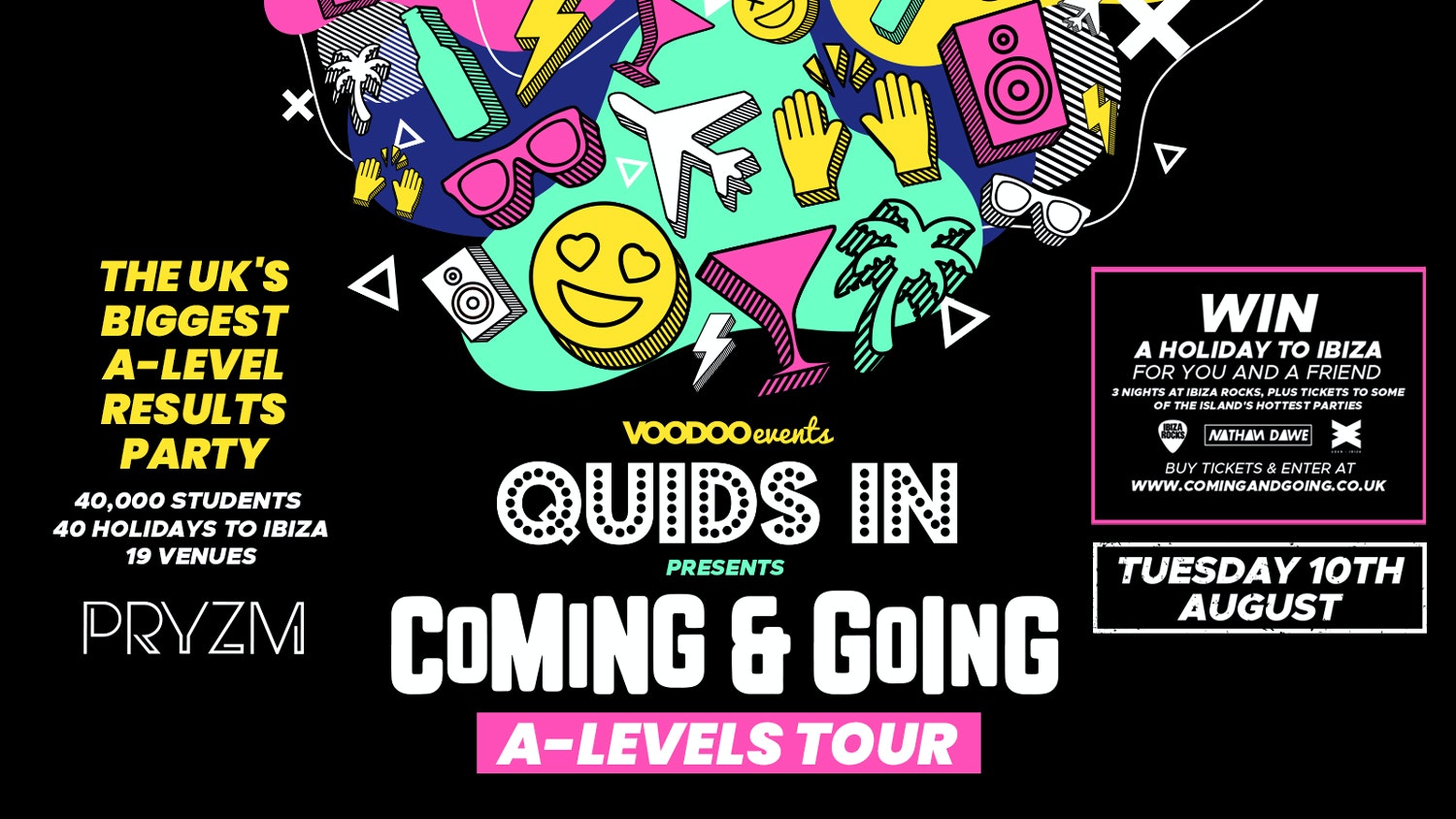 TICKETS ONLY GUARANTEE ADMISSION UNTIL MIDNIGHT!

Quids In have teamed up with Coming & Going to bring the biggest A Levels Results party in Leeds on Tuesday 10th August!

Main Room –  The impressive main arena plays hosts to crazy stage shows, off the wall games and most of all our signature singalongs & guilty pleasures soundtrack.

Curve – Curve is an intimate room with a sumptuous feel, bringing you your RnB and Hip Hop beats all night long.

Disco – The Disco room is BACK!! The ultimate throwback Indie room, bringing you all of the classics from the Kooks to the Courteeners and everything in between! With a light up dance floor and a hint of nostalgia this is the ultimate room for Indie lovers!

💷 Jobs 💷
■ Interested in being paid to party at your favourite event? Email Danny: Danny.leach@voodooevents.co.uk